Director Industry, Synergies & Enablers (ISE) at the European Defence Agency. He joined EDA January 2019 after more than 20 years of experience in defence cooperation and industrial collaboration. He entered the Naval Academy in 1977 and graduated as a Navy Officer in 1982, serving as operational officer in several warships. He obtained his qualification in Electronics in 1987 and Master in Sciences as Naval Architect in 1992, working in F-100 frigate program Office with the Navy Engineers. Appointed member of NATO CALS Program in 1995, was in 1999 promoted to Program Office’s Director, chairing in parallel the NATO Group in “Life Cycle Management”. He occupied several positions in the Spanish National Armaments Directorate from 2000 to 2005 being Head of Multilateral Affairs Office and managing the Spanish leadership of NATO initiative “Improvised Explosives Devices (IEDs)”. As Armaments Councillor (2005) in the Spanish Permanent Representation at NATO and COPS (EU), he further represented EDA Committees participating in a large number of defence cooperative initiatives. From 2014 to 2018 he has been the Director for Naval Systems in the National Institute of Aerospace Technologies (INTA) and Head of the Hydrodynamics Model Basin Research facilities in El Pardo (Madrid).

Ms. Duvaux-Béchon is a diplomed engineer from Ecole Centrale Paris (specialization in Air & Space engineering) and auditor of French Institute of Advanced Studies in National Defence (IHEDN). She is a Commander in the citizenship reserve of the French Navy and a full member of the International Academy of Astronautics.

Deputy National Armaments Director for Programmes at the Spanish Ministry of Defence. During the last 28 years, he has led different portfolios of collaborative European projects: Eurofighter, A400M, Tiger and NH90 Helicopters, EuroMale, Meteor and Iris-T missiles and Space projects (PAZ, Helios, GNSS and SATCOM NG) focusing on cost of ownership improvement and meeting the operational requirements. Spanish representative at the international programme boards and steering committees.

An advocate of development and sustainment of defense industry as part of national operational capabilities, a champion for the role of intelligent customer and strong supporter of teamwork in developing partnered solutions in support of weapon systems effectiveness. Graduated from the Spanish Air Force Academy in 1978 as Air Force Officer, he completed several turns in Washington, D.C., as Assistant Defence Cooperation Attaché (1991); in Munich (1997) at NETMA as Section Leader, and; also in Munich (2014) as Commercial Director of NETMA for both Tornado and Eurofighter programs. He holds a BSc in Economics, a MSc in Computer Information Systems, and several military diplomas in Computer Systems, Social Communication, Public Accounting and Contracting, as well as senior courses in Logistics Management, Programme Management and the National Defence Course.

Since November 1998, he has held various positions of responsibility in the Andalusian Administration, first at the Public Undertaking of Land (EPSA) and then at the Agency for Housing and Rehabilitation (AVRA), being appointed as Deputy General Director of this entity. Among other positions, he has previously worked at the consulting and auditing company KPMG. From November 2014 to May 2016 he has been holding the position of Economic-Financial Director at IDEA Agency.

Head of ENS Spain in Airbus Defence and Space from January 2019 and Space Systems Representative in Spain. Involved in several transformation processes of Airbus Group, his career span over 28 years across the Commercial, Defence and Space divisions in different countries. He led the first Industrialization Program in India for Airbus Defence and Space, was Head of Business Transformation Program at Airbus Military, and has served as Head of Reporting, Accounting and Controlling for the Military Transport Aircraft Division. He has also held the Head of Commercial and Industrial Contracts position for the A400M Program and was member of Airbus Commercial Finance Committee, collaborating with the Spanish Ministry of Industry for the launch aid of Airbus Programs.

Fernando is Degree in Economics and Business Administration from the Universidad Complutense de Madrid. He began his professional career in Ferrovial joining Airbus in 1991 through the former EADS-CASA.

Master Aeronautical Engineer (Polytechnic Madrid University) with more than 30 years of experience in the aerospace sector as system engineer, program manager and Chief Operating and Technical Officer. Since October 2019 he is Chief Executive Officer of Hisdesat, the Spanish operator for government satellite services where he has held different posts from 2001. He belongs to the Board of Directors of XTAR American company, Airbus DS GEO  and the Canadian exactEarth. He previously worked at INTA (Spanish Defence Ministry, 1989-2001) where he was Deputy General Manager for Research and Programs (space and aeronautical) and Head of National R&D Integrated Program of Minisatellites, culminating with the launch of MINISAT 01 in 1997. He has several awards and honors (1st class Cross to Aeronautical Merit, AENA' Juan de la Cierva award); numerous publications, being also graduate in the XXXVI National Defense Course by CESEDEN in Spain.

Director of Radar & Defence Electronics at Indra Telecommunication Systems. Graduated as Engineer in the radio communication field (Madrid Polytechnic University), he has also completed the Advanced Management Program at Instituto de Empresa (IE), the Commercial Management Program by SALES AUTOMATION DEVELOPMENT, the National Defence Course at CESEDEN / EALEDE in 2012, being attached to the ADALEDE Association.

He holds a Master’s Degree in Physics (Technological University of Munich), and is specialized in nuclear fusion and astrophysics from the Max Planck Institute. Subsequently, he has completed numerous courses in business administration.
Eduardo Bellido began his professional career as a Project Engineer for telecommunications space programs in Madrid. He then joined Eutelsat in Paris as flight dynamics manager and later as Project Manager for advanced programs. After 10 years in Eutelsat, he joined the space optics company Kayser-Threde, currently OHB, in Munich, where he held the positions of Manager of Corporate Development and Strategy, Director of Commercial Development, Head of Procurement, Director of Large Bids and, finally, Director of Procurement and Systems Engineering.

Since July 2015 he is the CEO of Thales Alenia Space in Spain. During these years Bellido has led the company in its growth strategy, gradually rising in the value chain from equipment manufacturer to subsystem integrator, and more recently as prime contractor of telecommunication payloads and observation instruments.

Master's Degree in Agricultural Engineering specialized in Economy, Sociology and Rural Policy, from the University of Córdoba (Spain). From the beginning of her professional career she has been focused on regional development, from social economy and regional rural development approach to international cooperation programs (North Africa and Latin America). She is Head of Division for Strategy and Programmes at IDEA Agency, coordinating the Task Forces designing and implementing the RIS3ANDALUCIA and the Regional Industrial Strategy 2014-2020.  She is currently working on her PhD on the application and interpretation of the Smart Specialisation concept to peripheral regions, being also a regular lecturer on regional business development and often is invited as professor at masters and courses at the Universities of Cordoba, Seville and the International University of Andalusia. She is the author of several articles regarding regional innovation systems, international cooperation and smart specialization.

He has been Head of Aero-Space System Engineering Group of Flight Test Center of Italian Air Force and Head of the Italian Space Surveillance and Tracking (SST) Operational Centre in Pratica di Mare (Rome). Until 2016 he supported NATO Science and Technology Organization in the Applied Vehicle Technology Panel, contributing also to an experiment on the International Space Station of STS-134. He attended the 19th Joint Service Staff College in Rome and has published several technical papers for numerous journals.

He is a military engineer graduated from the Ecole Polytechnique and the Ecole Nationale Supérieure des Techniques Avancées. From 2007 to 2018, he occupied various positions inside the French Ministry of Defence, mainly on military space programmes (earth observation, signal intelligence) and space-related projects (image processing, geo-intelligence), including R&D, covering technical aspects, multilateral cooperation and strategic orientations. He also contributed to the Defence and National Security strategic review in 2017.

Anders Bohlin works in the Digital Infrastructure Division at the Projects Directorate of European Investment Bank in Luxembourg. He works with a team of experts involved in project due diligences in all sectors related to communications and the technologies involved. This entails covering the full spectrum of projects from submarine cables to satellites in orbit. He also works on the Bank’s business strategy regarding broadband infrastructure finance, innovation policy, and the digital economy. He has contributed to defining new financial instruments for digital infrastructure with the European Commission, national promotional banks and the private sector.

Before joining the EIB, Anders held senior positions in the telecommunications industry. Anders holds a Master’s degree from the Stockholm School of Economics.

Graduated as an Aeronautical Engineer in Madrid Polytechnic University, he has also performed a Management Program at IESE Business School. As General Manager of Space GMV he is responsible for all GMV Space operations worldwide managing a large multinational team with more than 1.000 professionals across 9 international GMV companies. He has more than 33 years of experience in the space business and has been working for GMV in a variety of positions ranging from Project Engineer, Project Manager, Division Head and Business Development Director.  Since becoming General Manager of Space in 2009, Potti has successfully led GMV to a cumulative growth of x3.5 in Space and made GMV rank in Space 7th among European industrial groups. Since 2016 he is also Vicepresident of Space for TEDAE, the Spanish Association of Technology Defence, Security, Aeronautics and Space Industries.

Law degree from ICADE. Master in Legal Advice at IE (Madrid). Master in Business Management from Instituto San Telmo. With 29 years of experience in multinational companies, mainly in industry, in sectors such as chemical, mining, and aerospace telecommunications developed in Andalusia. He has held various management positions in the areas of Management, Business Services, Human Resources, Health and Safety, External Communication, Community Relations and Institutional Relations, being Professor in different Business Schools. Since May 2018 he is General Director of Andalucia Aerospace, the aerospace cluster of Andalusia.

CEO of CATEC, the Advanced Centre for Aerospace Technologies, recognized by the European Commission as the most innovative organization in ICT field in EU (Innovation Radar Prize), developing and patenting the world's most advanced technology for contact inspection of energy infrastructure and bridges using RPAS/drones. CATEC is also a European leader in additive manufacturing applied to space sector, contracting with ESA, NASA and participating in the development and standardization committees for this technology. Joaquín Rodríguez was graduated as Engineer (Madrid Polytechnic University), is Master both in Financial Management and Planning (ICADE), and Advisor for various technological organizations, member of Board of Directors of UVS International; member of NEREUS Network' Standing Committee; member of the Management Board of the Spanish Aerospace Technology Platform and part of the Board of Directors of AERÓPOLIS.

Luis Gómez is CEO of the Aerospace Business Unit at TÜV NORD, Chairman of ALTER TECHNOLOGY companies in the United Kingdom and France and a member of the Management Committee of TÜV NORD group.

José Felipe González is the Product Manager of Space Electronics in TECNOBIT (Grupo OESIA), where he contributes to define the company’s strategy and the roadmap for the Space products with a strong focus on New Space. He has 20 years of experience in the space industry developed in companies as AIRBUS DS, Thales Alenia Space and Crisa. He has technically led flagship projects for ESA and private customers, such as the design of the locomotion control electronics of Exomars Rosalind Franklin Rover. He is specialized in satellite electrical architectures, with a relevant focus on data-handling and control. He has a sound knowledge of space vehicle use and space industry as well as technological trends in space. He holds an MSc. in Electrical and Electronics from the University of Málaga. 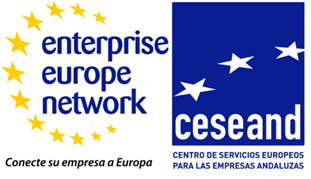